Transformation decks consist of unique playing cards where the pips have been creatively incorporated into a larger artistic image. After first appearing throughout the 1800s, they faded into obscurity for most of the 1900s. But there was some resurgence of interest in transformation playing cards at the end of the 20th century, especially around the 1990s and early 2000s.

Frank Robert Schick created this transformation deck in 1989 using a circus theme that included the expected clowns, musicians, and other attractions of the ring. The pips have been transformed into humorous animals and other circus act figures.

Made in Belgium, this charming deck was produced in a limited edition of only 1000 copies. 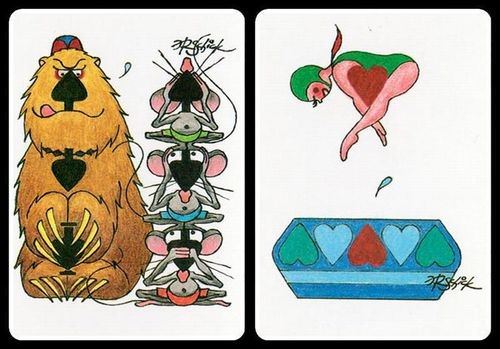 The Art for the Earth deck is a very well-known transformation deck that was published around 1990 by Andrew Jones Art for Friends of the Earth. All the cards of this deck are by different artists.

Despite the use of different artists, this deck still feels like a coherent whole, with a consistent style, and some of the most stunning and creative transformation designs you will ever see. 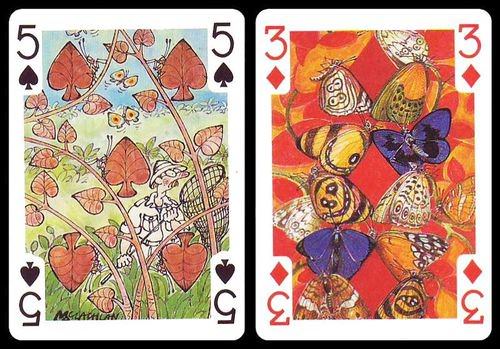 Key to the Kingdom Card Deck (1992) by Tony Meeuwissen

Tony Meeuwissen's Key to the Kingdom deck was published by Pavilion Books Ltd in 1992. This transformation deck features illustrations that are inspired by traditional nursery rhymes and poetry. Strictly speaking it is a semi-transformation deck because the pips are not in their conventional positions.

This stunning deck was commissioned by London's V&A Museum of Childhood, hence the nursery rhyme theme. The cards were sold with a book that contained a poem along with a picture of the corresponding card on the opposite page. The cleverness of each card is immediately apparent, making it a work of true art and creativity. It won the WH Smith Literary Award for best illustration and The Designers and Art Directory Association of London gold award. 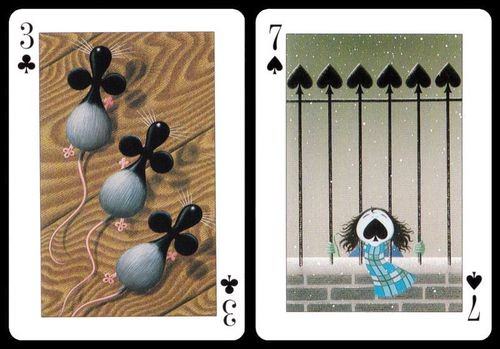 This deck also took English nursery rhymes as its theme. To ensure that it was an authentic transformation deck, Gerich retained the traditional position for all the pips, and ingeniously incorporated these into the artwork. This deck is another absolute masterpiece of creativity! 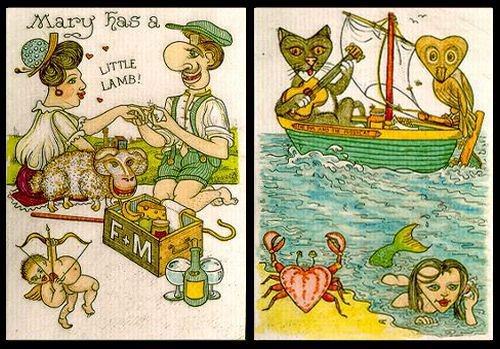 The Teddy Bear deck is a custom deck created by Peter Wood, inspired in part by the teddy-bear collection of his wife. All the numeral cards show teddy bears in unexpected or unusual situations, interacting with the pips.

There is an excellent variety among the images included, and the attention to detail is just beautiful! 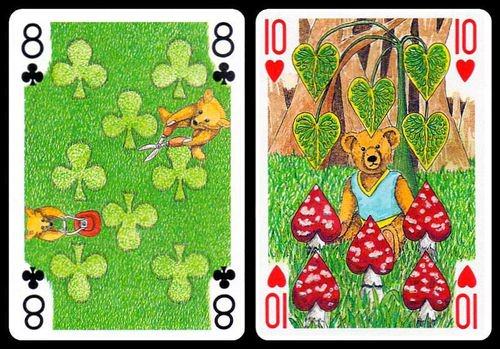 Like the Teddy Bear deck, the 2000 Pips deck of playing cards was created by Peter Wood, and was limited to just 1000 copies. It is another example of an outstanding transformation deck which demonstrates real creativity, as all the pips are cleverly transformed into a vibrantly colourful picture which is unique to each different card.

Peter Wood's love of the natural world is clearly evident, especially with the inclusion of insects, flowers, garden objects, fruits and animals, meaning that lovers of nature will especially appreciate it. The artwork is almost scientific in its detail, and the careful observer will be rewarded with small and charming details. 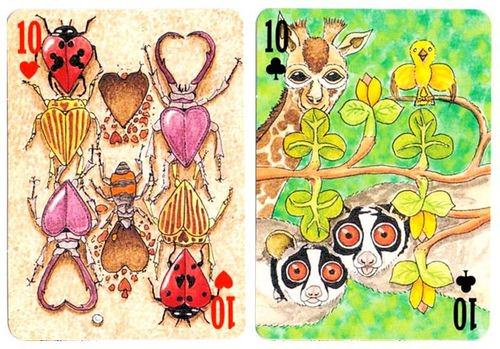 The Under the Sea deck of playing cards was published in 2005 to raise money for the Marine Stewardship Council, an environmental charity which promotes sustainable fishing practices. All the images relate to the "Under the Sea" theme in some way.

To make the deck, 54 contemporary artists and illustrators were commissioned to create images for the deck, each one donating artwork. The variety of styles of illustration and design results in a set of cards that is very eclectic in feel, but the quality of the artwork ensures that it remains visually enchanting. 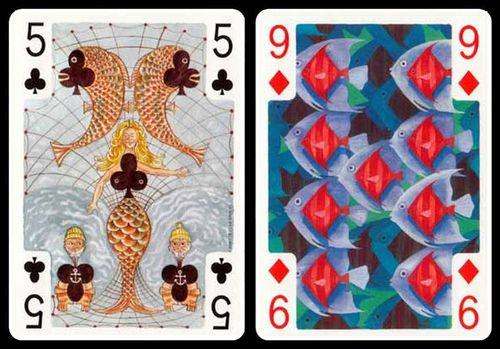 Where to Get These Card Decks?

You'll be hard pressed to find original copies of most of these decks today. However, the good news is that PlayingCardDecks.com is one of the few sources from which you can purchase three other transformation decks that were created by one of the artists featured above, Peter Wood:

You can read more about all three of these decks (including pictures of many of the cards) in an article here.

Do you have a favorite transformation deck? Let us know below!