In the past week, an unexpected bombshell hit the playing card industry, with a press release dated 4 June 2019 announcing that publisher Cartamundi has just signed an agreement to purchase the United States Playing Card Company (USPCC) from its parent company, Newell Brands. But who is Cartamundi, and what does this mean?

For a long time, the playing card industry in North America has been dominated by the United States Playing Card Company (USPCC). With a long history that goes back to the 1800s, and a solid reputation as the producer of the famous Bicycle brand, USPCC has often been the publisher of choice for crowd-funded custom playing cards.

But in recent years the landscape of the custom playing card market has begun to change. Several other players have had a growing presence in the industry. Perhaps the most well known of these are Expert Playing Card Company (EPCC) and Legends Playing Card Company (LPCC), both of which are based in Taiwan, and share facilities and factories. Over the last number of years the EPCC/LPCC brand has cemented itself as the reliable supplier of a quality product, and many creators of custom playing cards have opted to have their decks printed by these Taiwanese publishers rather than USPCC.

A hot new player in the market

In the past year or two, another big player has entered the marketplace of custom playing cards. That publishing company is Cartamundi, which is based in Belgium. Cartamundi has quickly become a well known name, and a competitive force to be reckoned with in the playing card industry. Their name cartamundi, incidentally, is Latin for "cards for the world".

For many buyers of custom decks, the Cartamundi brand may have appeared to have come out of complete obscurity. But in fact Cartamundi is a large publishing company with a proud publishing history that goes all the way back to 1765. What's more, they already have an established reputation as a large supplier for the board game and toy industry. They advertise themselves as "We are the brand you don’t know you love." If you have played big brand name games like Monopoly, Uno, Magic the Gathering, Pokemon, or Trivial Pursuit, it means you have already played with Cartamundi-produced cards and games. They also have had a long time and strong presence in the playing card industry, particularly under their well-known Copag brand.

So it wasn't a big stretch for Cartamundi to expand somewhat aggressively into the custom playing card market. They have 11 manufacturing facilities in multiple countries, and so they already have established connections in the industry. Now we're beginning to see a growing number of crowd-funded custom decks opting to be published with Cartamundi, and even larger publishers like Ellusionist have had decks produced by them. 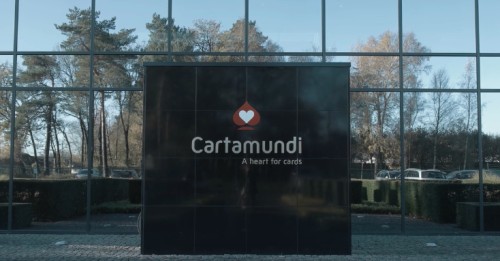 As a result, in the past 12 months or more, we've seen a growing selection of decks appearing on the market from Cartamundi. Their signature deck is arguably the Copag 310 deck, which is their own branded deck. This is a relatively standard deck of cards, that is printed on the company’s B9 True Linen or Cardistry stock, which is a super soft card stock that has received rave reviews for its pleasant and smooth handling. The Copag 310 decks also include a range of matching accessory decks tailored for magicians, like a Svengali deck, Stripper deck, and Gaff deck. Since the release of these decks, the B9 True Linen stock has also been the product of choice for a growing number of cardistry and other custom decks.

More recently Cartamundi has been printing some decks with card stocks that are thinner than their relatively thick B9 card stock, and that are more similar in thickness to a standard USPCC produced deck. Their C9 card stock, and the even thinner E7 card stock, means that they are even more set to provide a viable alternative to USPCC's crush stock decks. All this gives even more reason to expect to see an increasing number of custom decks coming from this publisher.

So the news that Cartamundi has just signed an agreement to purchase the USPCC from its parent company isn't a total surprise, considering how big a player they are in the toy and games market. Cartamundi is evidently looking to expand their reach into new countries and channels, so this proposed acquisition is a move that makes obvious good sense from their perspective. The important place and connections that USPCC already has in the more specialized niche that produces playing cards for casinos, and the large market share it has in serving the cardistry and custom playing card community, are all welcome assets for Cartamundi.

This acquisition isn't likely to change the product line or the quality of cards being produced by USPCC, but it does mean that USPCC's products will now fall under the larger Cartamundi umbrella. In some private correspondence, a Cartamundi staff member has confirmed that there are no plans to make any major changes to the products or finishes of USPCC. Both companies will continue to operate independently of one another, and Cartamundi realizes it is in their interests to keep everything that is good about USPCC going. They have every incentive to preserve the legacy and quality of USPCC's big brands like Bicycle.

So there's no need for us to panic or to think that USPCC card stock or processes will change. The change is primarily one of ownership and management, and will affect things like distribution channels rather than manufacturing or product quality - although only time will tell after the deal closes later in 2019. Meanwhile, Cartamundi will continue to produce their own custom playing cards, and their own positive contribution to the market will continue right alongside the ongoing and independent contribution of USPCC.

There's no doubt that Cartamundi has the experience and resources to make a big impact on the playing card industry. Their B9 True Linen finish has already proven itself to be somewhat of a game-changer. And while the critical reception of their new C9 and E7 stocks remains to be seen, there has been a growing sense that with these latest efforts Cartamundi is set to provide some real competition to USPCC at last.

Strong competition is good for the market, because it is an incentive for companies to improve their products. And Cartamundi has been doing in the last couple of years, by producing playing cards with new types of stock and finish. Acquiring USPCC could remove that incentive, so let's hope that this acquisition will not slow down the healthy innovation that Cartamundi has produced in recent times. But on the other hand, this development could also open up the possibility for Cartamundi to piggy-back on USPCC's expertise in the niche that they have dominated for so long. We can only hope that partnering resources and experience will make the products of both companies even better, and will enhance their continuing development and positive contribution to the playing card industry. 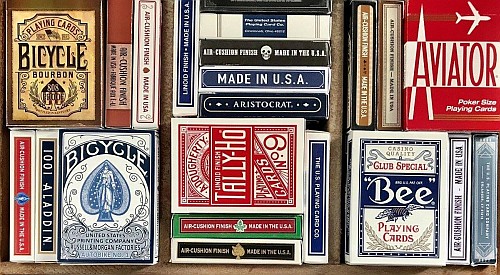 Seeing the Cartamundi name on your deck of playing cards is an indication of quality. You just need to be aware that you should expect differences in performance compared with a typical USPCC deck. It will look, feel, and handle differently, and which you prefer will often be a matter of personal taste. In the next article, we'll be covering in more detail the differences between the different stocks and finishes of the Cartamundi decks, like their B9 True Linen finish, their C9 Touch finish, and their newest luxury pressed E7 stock.

Personally I welcome new contributors and new contributions to the playing card market place, and am happy to see Cartamundi having a growing presence in the industry! 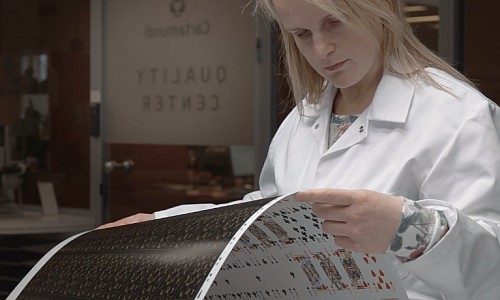 Where to get them? See the full range of Cartamundi decks available on PlayingCardDecks.com here.

What do you think of this merger / acquisition?