What are Self-Working Card Tricks?

What even is "self-working" card magic? This term is a common term used in magic circles to refer to card tricks that don't use sleight of hand. There are zero secret moves involved, and all the magic happens semi-automatically.

Self-working magic is often considered the ugly step child of magic. That's because there's a lot of self-working card tricks that are very boring. For example: tricks that involve dealing through the entire deck, involve lengthy sequences of counting or dealing for no apparent reason, or turn into mathematical atrocities. The typical performance of the well known "21 card trick" is a good example of a self-working card trick that produces the selected card by dealing through a set of cards several times for no particular reason, and when presented poorly, can be utterly boring.

But a self-working card trick doesn't have to be boring, especially if it overcomes the potential pitfalls of bad self-working magic just described. Some of the very best card tricks in the world have a method that is self-working. What makes a magic trick great is the impact it has on an audience, and what produces that is a well-constructed method and presentation. A self-working method is merely one way to accomplish something, and just because there are many examples of such tricks that are relatively unexciting, that doesn't mean that they are all like that. What really counts is the effect and how it comes across. 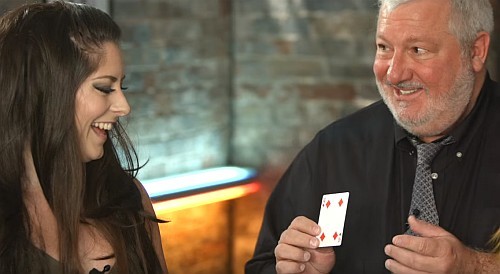 Why Should You Try Them?

So why should you try learning some self-working card tricks? Here are some reasons why:

1. They are easy to learn

The self-working nature of these tricks means that they are all well within the grasp of relative beginners, and they are all relatively easy to learn and to perform. Many card tricks will simply be out of reach of the genuine beginner, especially if they require sleight of hand, and intermediate or advanced skills in handling a deck of cards. Moves like card controls, double lifts, colour changes, secret counts - all of these can take the beginner much practice to master cleanly. But with self-working card tricks you don't have to worry about any of that. When a card trick has zero secret moves and requires no sleight of hand, it's obviously going to be easier to learn.

You'll still need to practice, of course. But what you'll be practicing is what to say and do, and you won't have any difficult moves to learn and master. That makes the entry threshold much easier for learning a self-working card trick. Self working card tricks are very accessible, and can be performed even by beginners who are willing to put in the effort needed to learn the routines properly.

2. They let you focus on presentation

Genuine self-workers rely on cleverness, psychology, and subtleness, rather than on secret sleights, because everything is openly performed. Being easier to perform means that they give you the freedom to focus on your presentation. That enables you to focus on what is arguably the most important thing about strong magic, which is the showmanship and how you perform and present it. As a result these kinds of tricks provide the ideal terrain for magicians to explore an essential part of magic that is often overlooked by beginners: good presentation.

As a beginner, it's easy to make the mistake of learning difficult sleight of hand moves, when what you really should be spending time learning and practicing is how your trick comes across. Careful thought needs to go into good presentation, to turn a mere "trick" into real and entertaining magic. Self working tricks force you to think about things like how an effect is framed and presented, and how to add originality and depth in your performance - the very ingredients of a successful performance. Strong magic doesn't necessarily require sleight of hand, but it always require artistry in the presentation. A good story executed with good showmanship is essential for a trick to be exciting and magical for your audience, and self-working card tricks let you really focus on doing a good job with that.

3. They can be very powerful

Magic that doesn't rely on sleight of hand doesn't have to be second class magic. Despite being relatively easy to perform, the very best self-working card tricks still have the potential to produce real miracles for your spectator. Remember, we're talking here about good self-working card magic, not the many inferior tricks that fall into this category which are plain bad or boring. Just because something is self-working doesn't mean it is weak, and just because a card trick has zero moves, doesn't mean it can't have an impact. The best self-working card tricks are incredibly powerful, and are even performed regularly by some of the world's most experienced performers.

So despite the absence of sleights, gaffs, or gimmicks, you can still perform tricks that are strong, surprising, and powerful with an ordinary deck of cards. There are many outstanding self-working card tricks that consist of top quality material that is well constructed and thoughtful, and which really capitalizes on important principles of magic. Often they rely on subtle psychological aspects, and much can be learned from the clever and intelligent approach they employ.

Of course if you already have some intermediate card handling skills you can easily adjust these tricks using your favourite false cuts or card controls, to make them even more perplexing. But don't let that scare you away, because performing even the best self-working trick means you genuinely need no sleight of hand. Some self-workers do require some set-up, but the many of them can be performed entirely impromptu. A good self-working card trick can be mastered by anyone willing to put in the time necessary to learn it, and produce a strong and lasting impression. 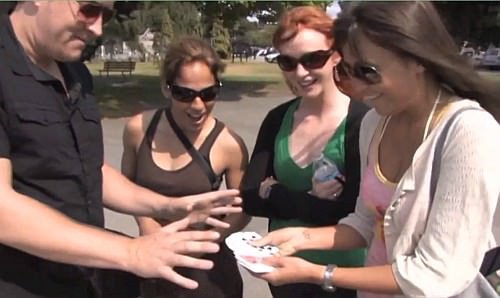 How Can You Learn Them?

The good news is that it's not difficult to find powerful self-working card tricks, and they can be learned quite easily. There are many excellent resources readily available that do a good job of teaching them. So you won't have to look hard to find some strong self-working card magic, and here are some suggestions to help get you started.

Yes, books. Remember those old fashioned things with pages made of paper, and which you can't download or scroll through, but sit on a shelf? There are many wonderful magic books full of treasures waiting for you to discover, and when it comes to self-working card magic, there are lots of fine titles to recommend. If you are relatively new to card magic, I'd suggest starting with something like the very excellent Magic for Dummies by David Pogue. Even if you've dabbled with card magic before, don't overlook this title too quickly, because many highly respected magicians were consulted in the writing of this book, and it included terrific tricks like Gemini Twins, Untouched, Chad Long's Shuffling Lesson, and many others.

If you're looking for a book full of self-working card tricks to explore, you can't do much better than Scarne on Card Tricks. It's an older title that has been reprinted by Dover in an inexpensive edition, and teaches 75 self-working tricks. Also very cheap are several books by Karl Fulves, each of which is chock full of over 50 self-working card tricks. Although you may have to pick and choose, there are some gems to be found in the pages of the Fulves' books, including the terrific "Gemini Twins". Of his many titles, the three best ones are probably Self-Working Card Tricks, More Self-Working Card Tricks, and Self-Working Close-Up Card Magic. You'll also find some good self-workers in the card magic books by Bob Longe. I can also recommend Garcia & Schindler's Magic With Cards, and used copies of this can be picked up very cheaply online. It has some terrific material for beginners, including Paul Curry's famous self-working miracle "Out Of This World", which some consider the best ever trick in card magic.

Michael Ammar's series of nine DVDs entitled Easy to Master Card Miracles is geared to intermediate level performers, so many of the tricks included require some sleight of hand. But there are some self-working gems to be found here too, including "Further Than That" (James), "Overkill" (Harris), "Untouched" (Daryl), "Lazy Man's Card Trick" (Koran/Lorayne), "Play It Straight Triumph" (Bannon), and an impromptu "Out of This World Plus" (Curry). All of these are card tricks of the highest calibre, and easily good enough to make a Top 10 list of the very best self working card tricks.

When it comes to videos with self-working card magic, my top recommendation is easily the terrific series of DVDs entitled Ultimate Self Working Card Tricks. These are produced by Big Blind Media, with incredibly high production values, and great teaching. Each trick features a performance with spectators, and is followed by an explanation. Each volume in this series features 10 or more carefully selected tricks that are the best of the best, and include greats like "Contact Colors" (Colombini), "Shuffling Lesson" (Chad Long), "Shuffle-Bored" (Aronson), "Impossible" (Jennings), "Devastation" (Williams), "Emotional Reaction" (Vernon), and "Further Than That" (James). Start with Volume 1 in this DVD series, and go from there. The most recent release in this series is a great DVD featuring self-working tricks by Cameron Francis. The Move Zero series by John Bannon is produced by Big Blind Media as well, and also contains sleight-free card magic that is very strong, and I recommend it highly as well. All of the Big Blind Media videos are also available digitally as direct downloads.

Good magic isn't just about good technique. To be transformed from an intellectual puzzle into something entertaining that astonishes and amazes, it needs to be well constructed and well presented. And that's the true mark of a good magic trick: not whether it can fool magicians, but whether it entertains people. With good presentation and a well-constructed method, a self-working card trick can create some of the strongest and most entertaining magic you'll find. 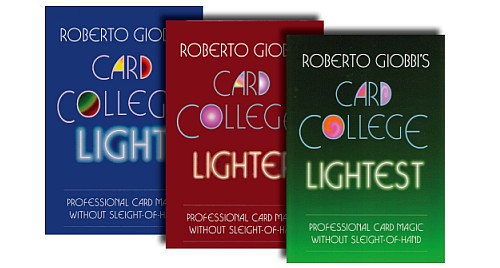