Playing cards have been part of our culture for hundreds of years, so we can expect some great stories surrounding them. One of the most famous stories of all is the legendary tale of the Dead Man's Hand. Gamblers are a rather superstitious lot, and we've all heard people talk about lucky dice and lucky cards. Many hands of playing cards have even acquired their own names, and perhaps none as famous as the Dead Man's Hand: a pair of black aces and a pair of black eights.

So what is the story behind this apparently unlucky hand, which could be an omen of death? And which elements of this tale are history, and which are myth? I'll tell you the story, and you can decide.

First let me introduce you to the famous gunman and gambler that is at the center of our story: Wild Bill Hickok (1837-1876). His real name was James Butler Hickok, but when you're a famous gunman in the wild west, "James" doesn't sound quite as impressive, so "Wild Bill" it was. Apparently his long nose and large lips gave rise to the nickname "Duck Bill" in his youth, but the addition of a fierce moustache and a somewhat wild reputation eventually saw this moniker evolve into Wild Bill.

Wild Bill's fame was well-deserved, because he was a celebrated veteran of the Civil War, and a respected lawman and gunfighter in the American West. He earned respect through his involvement in multiple shoot-outs, the iron hand by which he ruled the lawlessness of his day, and his skill as a professional gambler. The papers followed him closely, telling stories of his many gun fights and conquests.

His exploits were often sensationalized, mixing with fiction with fact. So we'll never know exactly how many men Wild Bill actually gunned down. Some journalists from his time claimed it was over a hundred, but a respected biographer suggests that the truth is closer to half a dozen. The numbers, exploits, and stories were often exaggerated by his contemporaries, and Wild Bill seems to have lent a helping hand to his growing legend by contributing some outlandish reports of his own about his achievements. 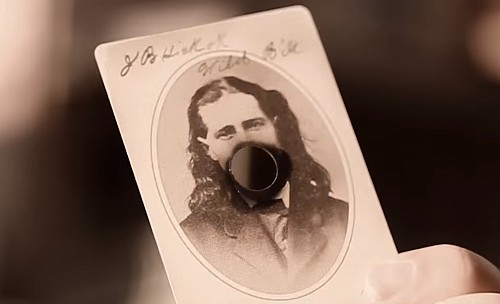 The Death of Wild Bill

Let's fast forward to 1876, when Wild Bill is almost 40 years old. By now he has earned a pretty penny from his gambling and from his other feats. But he is no longer quite the crack shot of his younger years, and his health is also starting to decline. Wild Bill joins a wagon train heading for South Dakota, and arrives at the town of Deadwood. There he entertains himself with one of his great loves at the local Nuttal & Mann's Saloon No. 10: Poker.

A skilled player, Wild Bill rakes in the money as he has done so often throughout his life. On this occasion, one of the unfortunate losers is drunken buffalo hunter named Jack McCall, whose losses are so big that he needs to rely on Wild Bill's generosity to buy breakfast. McCall might just have considered this gesture as a grave insult, as the events of the next day would show.

The next day is August 2, 1876, and Wild Bill again heads to the saloon for some more poker. Only one seat is free at the poker table, and our hero repeatedly but unsuccessfully asks to switch seats with another player, since his preference is for a chair with his back to the wall, giving him a full view of the saloon and its entrance. So it is that Wild Bill is taken by surprise when Jack McCall steps into the saloon, yells "Damn you! Take that!", and shoots him from behind at point-blank. Wild Bill is killed instantly, and falls from his seat, with his cards clutched in his hand: a pair of black Aces and a pair of black Eights.

McCall was initially acquitted, but was eventually tried for murder, and convicted and hanged the following year. But the story of Wild Bill's final hand would live on. The poker game being played was a five-card stud, and there's less certainty about the identity of the fifth card, but the other four were clearly described by a witness present at the scene as pairs of black Aces and Eights. And so began the legend of the Dead Man's Hand. 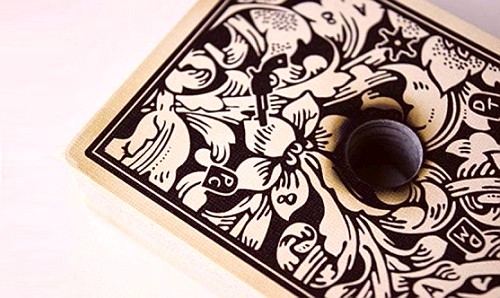 Was Wild Bill really holding a pair of Aces and a pair of Eights? Some historians question the authenticity of the account. It has been suggested that the association between Wild Bill and this particular hand was only popularized some fifty years later, when a book about Hickok appeared. By then the story was already turning into legend, and the publication of this story certainly helped spread the legend. But it does appear that prior to the 1920s little was said about it. In fact, at one time in the 19th century the story of a Dead Man's Hand was even reported to be connected with a completely different individual, and a completely different hand of cards. Now that we're more than 140 years removed from the original event, it's not likely that we'll ever find out the truth!

Regardless of the historicity of Wild Bill's actual hand at the time of his death, there's no doubt that his story has become the stuff of legend. For the last hundred years, a hand with a pair of black aces and a pair of black eights has commonly been called the Dead Man's Hand, and been connected with Wild Bill Hickok's death. This particular hand has become firmly entrenched in popular culture, with many references to it in countless novels, films, and even computer games.

Today there is a small casino called Saloon 10 located at the site where Wild Bill was killed. There you'll find a historical exhibit of the Dead Man's Hand, and signs that tell you about the story behind it. Wild Bill may be long dead, but his legend lives on, although in modern poker a pair of Aces and a pair of Eights is actually a decent combination, and is not exactly likely to get you killed! 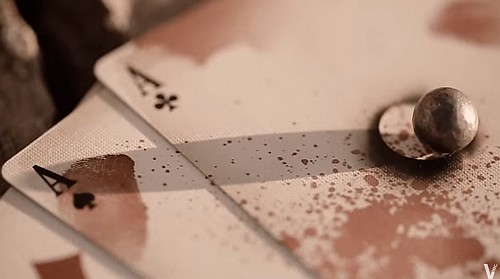 As a special homage to this tale, the folks at Vanishing Inc Magic have produced a special deck of playing cards. It's a limited edition deck geared to collectors, and commemorates the story of Wild Bill and his unfortunate demise. The tuck box has a plain and sober look with muted black and yellowed borders, that makes it appear to be an authentic relic from yesteryear.

Be ready for a surprise when taking the cards out of the box, because the entire deck literally has a hole that goes all the way through the very middle of all the cards, for a very fun novelty look. A round metal musket ball is inside the hole, to complete the dramatic effect. The cards look deliberately weathered and worn, while burn marks surround the bullet hole on both sides of each card. This isn't a deck for the squeamish, because there are apparent smears of blood on the black Aces and Eights that constituted the legendary Dead Man's Hand, while blood splatters also adorn several other cards.

The card backs are identical, so you can still use this as a regular deck if you wish. These have a one-way design, and careful observers will notice details connected to the tale of Wild Bill, such as references to his initials JBH, as well as to the cards of the Dead Man's Hand. The design of the face cards employs a vintage style, while the artwork of the court cards follows the older French styled look rather than the classical Bicycle look that we're used to today, including the use of indices on all four corners. Two extra cards are included, one with a photo of Wild Bill, and the other telling a short version of his story. The printing of the deck was done by Expert Playing Card Company, so the cards look great and handle smoothly.

This is a very original and fun deck that stands out from others in my collection due to the novelty value, and the great story behind it. You could certainly use it for a card trick that has a Wild West story line, and it might especially appeal magicians that do gambling routines. People who have the book ['i]Scarne on Card Tricks[/i] should check out the trick "Wild Bill Hickock's Hand" (p.298) which is a Henry Christ routine that uses the Dead Man's Hand as the background and plot. Of course you could also use for a game of Poker or for any other card game too. It's also a great conversation piece and collector's item. Just remember to keep your back to the wall! 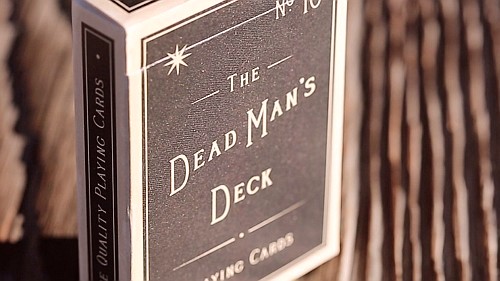 Where to get it? The Dead Man's Deck is available at PlayingCardDecks here.