But that could just prove my case. Isn't denial one of the first signs that you have a problem? Saying "No, I don't have an alcohol problem" can be a hint that an addiction is already happening. Maybe you're just finding ways to justify yourself. "No, I don't have too many decks! NO, I AM NOT RAISING MY VOICE!"

Indications You Own Too Many Decks

This is of course written tongue-in-cheek, and is intended to put a smile on your face rather than be taken too seriously! With that disclaimer out of the way, you know that you have too many decks of playing cards if:

1. There's no more room under your bed.

This is where it often starts. You've put decks in every place you can think of in your house, including under your bed. This is simply being sensible with your space. Of course you don't have a problem. But there is a problem with the amount of space under the bed. It's all filled up with boxes of unopened playing cards, and so is the closet. And there's more decks arriving in the mail next week. What to do?

2. Your postman measures your mail deliveries in playing card bricks.

You like your postman. After all, he's the guy who brings you your playing cards. And he likes you, because if it wasn't for people like you, he'd be out of a job. But he's starting to recognize the shape and size of the parcels that are being delivered regularly to your door. So when he shows up for a delivery, he can tell you exactly how many bricks of playing cards you're getting this time.

3. You are starving your pets to pay for new decks.

You are cutting back on pet food, because you want to use that money to buy more decks. Your cat is mangy and in desperation has resorted to eating grasshoppers, while your dog has started a new habit of going through your garbage looking for food scraps because it just isn't getting fed. Even your pet fish are suffering. You don't have the money to feed these animals. There are decks to buy.

4. You put items of your clothing on Facebook Marketplace to raise more money for decks.

Decks cost money, and your regular day job isn't bringing in enough money to pay for all your purchases. So you come up with a genius scheme. Iff you sell some of your clothing, you'll have more money for playing cards. We don't really need that much clothing, do we? Come to think of it, you really only need one pair of shoes, one shirt, one set of trousers. And you can find a way to make do with two pairs of underwear. As an added bonus, you'll get extra storage space in the wardrobe for more decks.

You've supported so many Kickstarters, they are giving you regular kickbacks and freebies, because they don't want you to stop. They are already giving you grocery vouchers, and promising to feed your pets. Apparently they're even thinking of buying you a new couch, so that you'll have something to sleep on after you get evicted for failing to pay your rent. You're one of their best customers, and they're pulling out all stops to look after you. 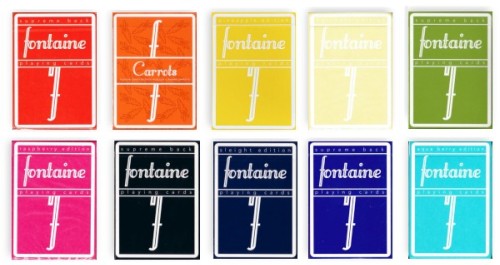 6. You play Jenga with new decks at family functions.

When the family gets together for Christmas or birthdays, they know that they can count on you to bring along several boxes filled with new decks of playing cards. You're the favourite uncle who uses decks of playing cards to set up a giant game of Jenga on the back veranda for the younger cousins to play. And what happens when the tower falls over, and all those pristine tuck boxes get dinged up? No problem, you have plenty more where they came from.

7. You're considering building your new house with bricks of playing cards.

Building bricks made from clay or stone? That's old school. In our modern era, surely it is time to build houses made out of bricks of playing cards. The classic story of The Three Little Pigs story is overdue for a modern makeover. Shouldn't there be a fourth little pig who builds his house out of bricks of playing cards? They're exactly the right shape and size, and there's no reason you can't use mortar together playing card bricks to form walls. Imagine the potential value this could have for your grandchildren in years to come!

8. You accidentally buy decks that you already have.

Remember that amazing deck you saw online last week? It looked terrific, so you bought it. Actually you bought a brick of them. Just in case. But when it shows up in the mail and you are putting it into storage, you come across another 3 bricks of the same deck that you bought 7 months ago. "Oh that's right, I remember now." But you have so many decks that you simply can't remember everything you have, and so you often find yourself buying playing cards that you already own.

9. It takes you three days to hunt through your collection to find a specific deck.

You want to show off a particular deck to a friend. You know that you have it, because you saw it just three months ago. Well, perhaps it was a year ago when it came in the mail. Another 27 decks arrived that same day, so you never got a chance to look at it closely, but you know this one must be cool. After all, you did see a picture of the cards on Instagram when at the time you bought it. Fortunately you have some time off work to dig it out. But you didn't quite expect to spend three solid days going through all your boxes until you found it again.

10. You've rented a storage unit just to store your collection.

The space under your bed is already full, and so is your closet. There are boxes piled to the roof on your desk and bookshelves, and all over your bedroom floor. So you take the obvious step: you rent a storage unit. It just makes so much sense. After all, really, how can a serious collector expect to keep all his playing cards in just one house? Whatever made you ever think that your collection could fit here to begin with? You've clearly outgrown it, and renting a storage unit (or maybe two or three) seems the obvious thing to do. 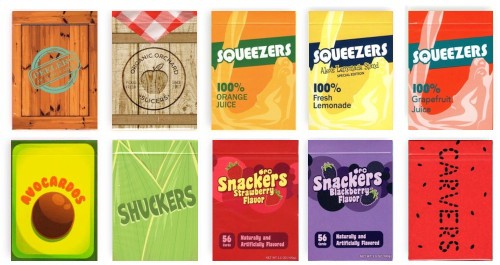 11. Your neighbours and family have nicknamed you "The Crazy Card Guy".

Word has got out that you're a card collector. You could hide it at first, at least when your collection was tucked away under your bed. But as it started growing, spreading into your hallway, into your living room, and filling your garage, you've developed somewhat of a reputation. It's not all bad, because some of your neighbours start giving you decks of unwanted playing cards they've picked up at garage sales. And your brother-in-law bought you some decks for Christmas. But along with this new stage of life comes a nickname. It just comes with the territory.

12. You plan to break some world record with playing cards..

You've researched the current world records that involve playing cards. Building the highest house of cards. The largest structure made out of playing cards. Surely there is some world record you can beat. Between what is under your bed, in your closets, in your garage, and in your three specially rented storage units, you have enough playing cards to do it. You've always wanted to break a world record, so why not become the first person who builds an entire life-sized house out of playing cards? With a collection your size, there must be a way to build something that gets the attention of the folks at Guinness World Records.

13. Your spouse is considering leaving you.

Your spouse was patient at first. Initially they indulged you. They even bought you playing cards for your last birthday. And they chuckled politely at your request for more decks at Christmas. They humored you when you wanted more space in the closet. They snickered when you started building a wall of boxes in the shed. But now they're getting tired of it. They've already threatened you more than once: Choose me or your decks.

14. The elderly lady at the playing card club is trying to hook up with you.

You've started attending playing card conventions. You've woken up at 3am to drive seven hours to a release event in another state. And you've met like-minded collectors who do exactly the same. So this is all perfectly normal behaviour. But after you show some of your favourite decks and photos of your collection at your playing card collectors club, you notice that the elderly lady with the thick librarian glasses, 1960s hairstyle, and lisp starts taking a real interest in you. She starts making passes at you, and invites you over for a cup of tea. But all the signs are pointing to the fact that it's not you that she has a crush on, but your playing card collection.

15. Your family is thinking of staging an intervention.

Your family hasn't seen you in nearly a year, because now you aren't showing up for family events. Even last Christmas you couldn't make it to the family dinner, because you had your latest shipments of decks to sort through. They've called an emergency family meeting to decide what to do about you. 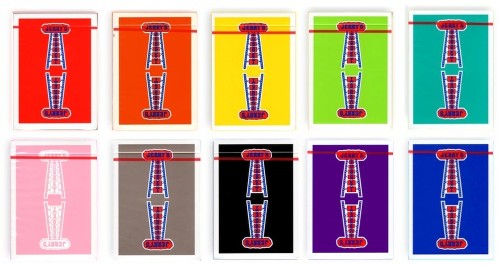 Do you have too many playing cards? To be honest, the notion can seem absurd to most of us. But if you genuinely do have too many cards, there are plenty of things you can do about it. I've given away a lot of decks to friends and family. I've also given away a couple of hundred decks to high school kids who were keen to learn cardistry and magic. I'd teach them some moves or some card tricks, and give them a custom deck of their choice to help them get started. I'd even give them a second or third deck if they came back to me to show me what they'd learned on their own.

If your decks are still in shrink, you can always resell them. Some decks hold their value surprisingly well, especially if they are geared to collectors and are popular decks made in a limited edition. Or you might hit some local charities to see if they're interested in selling them in their thrift shops. Or you might donate them to a school or youth organization, so they can be used for playing card games and events. You can even give them away as prizes, or put together a brick or two as a lot for a charity auction.

Not that owning too many playing cards would ever happen, right? Or would it?!