It may surprise you to know what group of people purchases the largest number of decks of playing cards. It's not collectors, but magicians. But the good news is that you don't have to be a magician to perform card magic. Everyone who owns a deck of cards can give it a go.

And when learning card magic, or any magic for that matter, it's important to realize that your goal should not just to be successful. Of course everyone wants to be a success. But when you're performing magic, you're part of an ancient art-form that has a long history, and an unwritten code of ethics. You probably already know the often quoted adage "A magician never reveals his secrets". There's much truth to that, but without further qualification it can get us thinking wrongly about magic. In fact many magicians reveal their secrets all the time. You only need to look at the wide range of books and DVDs produced by professional magicians, which anyone can buy! And we're glad that magicians make these resources available to us in this way. Their aim isn't just to tell you how magic is done, but to share their secrets with fellow practitioners of the art. And they want to promote this art form and ensure that it continues to grow so that future generations can also enjoy it.

But it is important for us to realize that when we learn and practice magic, we need to promote magic as an art form. Because in the long run, hurting magic will also hurt ourselves and the people we are performing our magic too. Official magic organizations like The International Brotherhood of Magicians and The Society of American Magicians have even issued ethics statements about this. These prescribe how their members must deal with secrecy. They also cover other issues like intellectual property, commercial rights, and humane treatment of animals.

You don't need to be a member of an organization to think about the unwritten rules of magic. That's good for everyone involved in performing magic to consider, whether you are a professional or just a hobbyist having fun with your deck of custom playing cards. I began thinking about this when introducing some young teenagers to magic recently, and was teaching them some tricks. What guidelines and advice should I give them about how to approach magic, both as an art-form, and to enhance their own development? There's no official and globally accepted code for magicians, but here is my attempt to suggest some Golden Rules for Magic. These relate both to the ethics of magic, but also include tips to help improve your magic so that you can perform in a way worthy of this noble art form. 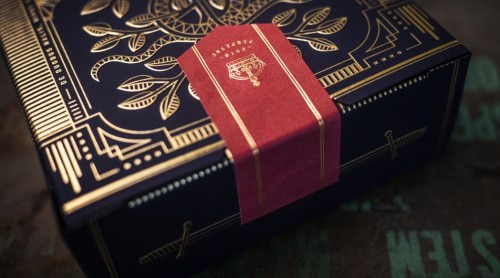 Most people asking you to show them how a trick is done are merely curious. But this curiosity and amazement is exactly what makes magic so powerful and astonishing! If you tell them the secret, the mystery of the magic will be gone, and whatever sense of astonishment they felt will quickly deflate. "Oh, is that all? That's easy!" No matter how much they beg, don't give in to the temptation to share the methods of what you've performed. Even if it's a close friend or family member! Otherwise you will shatter the illusion and destroy the magic. Note that this rule doesn’t count if you are sharing magic with a fellow magician to help each other learn and improve. Just be sure that someone is genuinely interested in performing magic, and not wanting to know how a trick is done.

2. Never repeat the same trick for the same audience

The reason for this is obvious: if your audience has already seen your trick, then they know what is going to happen. You've lost the key element of surprise, and any misdirection that may be important to accomplishing your method will be lost. When this happens, there's a real danger they will figure out how the trick is done. If people do ask you to perform something again, take it as a compliment: they are enjoying your magic! What's more, it's a great opportunity to show another trick. A perfect follow up for a request to see something again is to say: "Let me show you something else" and then go into another trick.

This rule follows from the previous one. In most cases the reason people ask to see something again is not because they want to repeat that feeling of astonishment. Instead, they want to deconstruct the magic and figure out the method. For the same reason there is a much greater chance your audience will uncover the method if you tell them in advance what will happen. Keep things surprising, and use this surprise as a weapon to make the final outcome all the more astonishing and amazing.

There are few things more painful to watch than a poorly performed magic trick. Unfortunately, there's a good reason why many high school magicians are seen as nerds. Often it's because they are more wrapped up in their tricks than in entertaining people. To truly amaze, you need to know your trick inside out. That applies not only to your moves and technique, but also to what you say - so practice! Don’t perform a trick until you have practiced it and know it properly. You'll feel far more comfortable and confident performing, and your spectators will love the results all the more.

5. Don’t pretend you have actual super-powers

There is no such thing as a person who can do real magic. We all know that, so don't do magic in a way that suggests that you actually want people to think you can do impossible things. Why are people amazed when they watch your magic? Because they know that no human actually possesses the powers you have demonstrated. That's why they ask: "How did you do that?!" You don't want them going away thinking you can actually bend spoons or make coins vanish and appear at will. You want them to be astonished at the illusion you created. It has well been said that a magician is only an actor pretending to be a magician!

Performing magic can certainly be a good confidence booster. But your magic should never be all about you. If you're using it as an ego booster, or because you have an inferiority complex, the day will come where your magic won't go well, and you'll feel crushed. What's more, your will audience see below the surface, and will detect an undercurrent of self-centredness and arrogance. So be humble, gracious, and remember that performing magic is about others, not yourself. Use it to improve the day of the people around you, and put a smile on the face of the people you come into contact with, not to make yourself look good.

7. Remember that the aim is to entertain

Sometimes younger magicians can think that magic is all about fooling people. They have the idea that if you fooled them you succeeded, and if you didn't fool them you failed. The name and premise of Penn and Teller's wonderful "Fool Us" show can inadvertently reinforce this misconception. The important thing is not whether people were fooled by your performance, but whether they enjoyed it. You might fool someone badly, but if the trick was poorly performed and boring, you have not succeeded in performing magic. On the other hand, a trick performed and presented beautifully by a master magician is highly entertaining, even if you know the method. So work very hard on your presentation!

You are not the first person in the world to perform magic, nor are you the only person. If someone else is performing magic, don't too quickly see them as unwanted competition. Should you criticize them publicly, or tell others "I know how he did that"? Then you are only making it obvious that you are misguided, and are seeing them as a threat to your own ego. The world's population is big enough to sustain more good magic. So be kind to your fellow brothers in magic, offer encouragement and support, and do what you can to make their magic go well. And if you are a better magician than they are, let others say that, not you.

9. Give credit where credit is due

When you are performing magic, you are standing on the shoulders of giants. Many wonderful and creative thinkers have gone ahead of you, and you are benefiting from their creativity and experience. So don't give the impression that you are the first person in the world to have come up with what you are doing. Instead, gratefully acknowledge your indebtedness to others. What if you are asked if you invented something yourself when you learned it from a book or video? Then it's perfectly appropriate to say something like "I learned it from another magician." And if ever you are publishing anything about magic, it's extremely important to credit your sources very carefully. We all know that magicians hate unnecessary exposure, but what they hate just as much is when a magician passes off someone else's work as his own. This is especially true when it happens in a commercial context like a published book or a teaching video.

Don't wait till your spectators are sick of what you're doing. It's easy to fall into the trap of performing trick after trick, especially if things are going well, and your audience seems to be enjoying it. You could do this all day, right? But make sure you stop before people get bored. Especially if it's family and friends you're performing to, you want to save something up your sleeve for another day. There is a natural corollary to this: don’t force magic on people who aren’t interested. It is true that when you start with magic you will need to pluck up the courage to offer to do a magic trick. But over time you want to build a reputation so that people actually ask you to perform for them.

So keep these rules in mind and be a good ambassador of the art of magic. Now go out there and amaze! 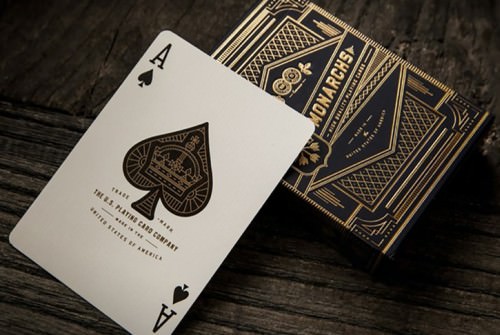