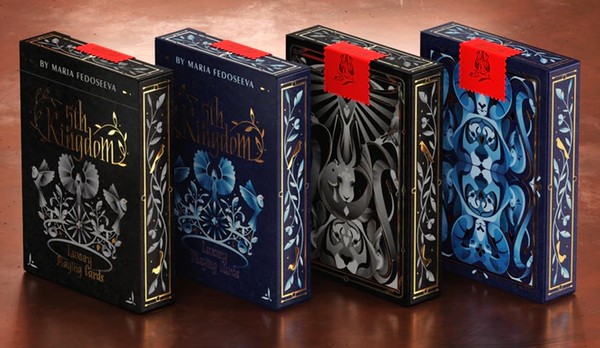 I managed to get my hands on one of the 500 prototypes of this stunning deck that was produced earlier in 2019, and was very excited by the lovely artwork. Now this extraordinary deck is getting a high quality edition with a larger printing by USPCC with the help of Kickstarter crowdfunding.

The artwork of this stunning deck is by Russian artist Maria Fedoseeva, who began a career in illustration and art after graduating from Moscow State University as a graphic and type designer. This project fared well in a Communication Arts Competition in 2019, making it onto the final shortlist, so it has already been the subject of praise. 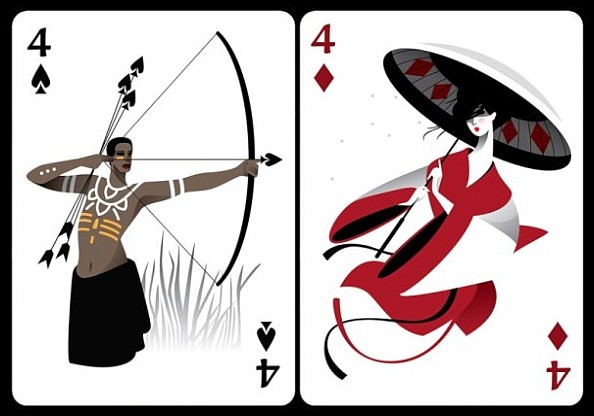 Two different versions of this deck are being produced, a black "Artist" edition and a blue "Players" edition.

The tuck box of both decks has a classy look that gives an instant sense of sophistication. Elegant lettering touched with gold foil adds a sense of style, and the artwork on the front hints at what is inside. The back of the tuck box gives us our first look at the design that will reappear on all the card backs. 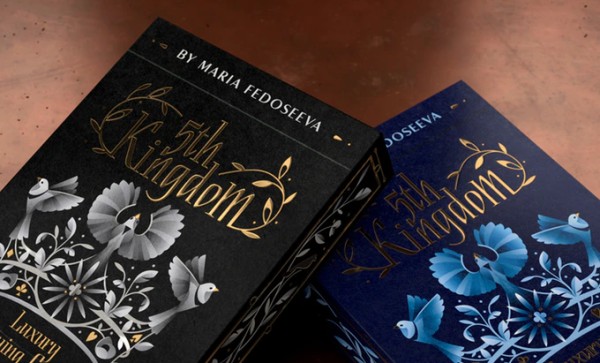 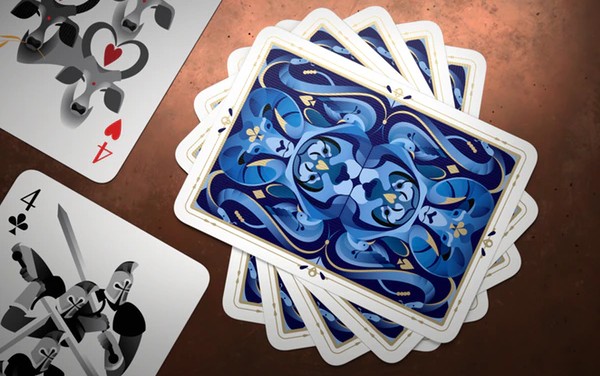 I love decks that depict different cultures, and that's exactly what Maria has aimed for here, with each suit representing a different kingdom as follows: 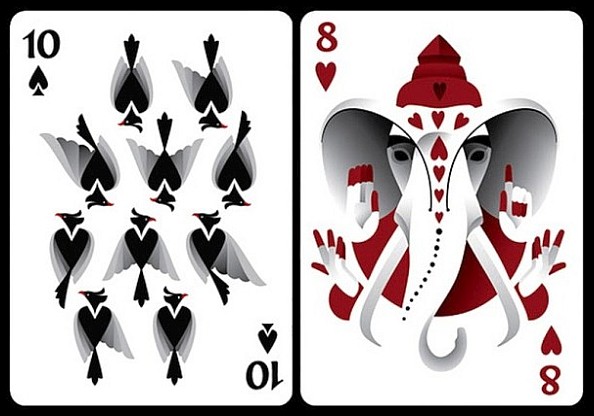 All the Aces make full use of the canvas of the card, with an oversized image that brings together elements of the theme depicted by each suit. 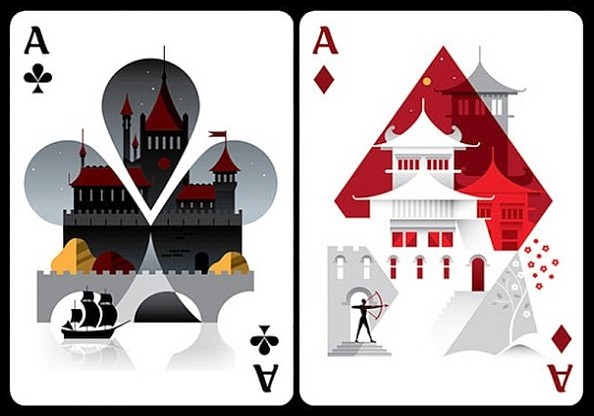 The court cards also pick up aspects of each suit's different theme. 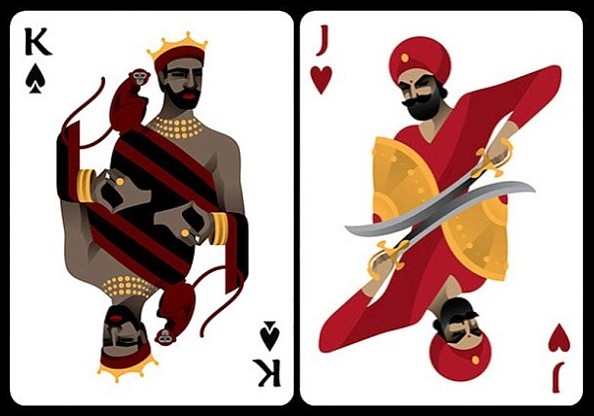 Unlike many decks, it's not just the court cards that have been customized, but every single card in the deck, including the number cards. 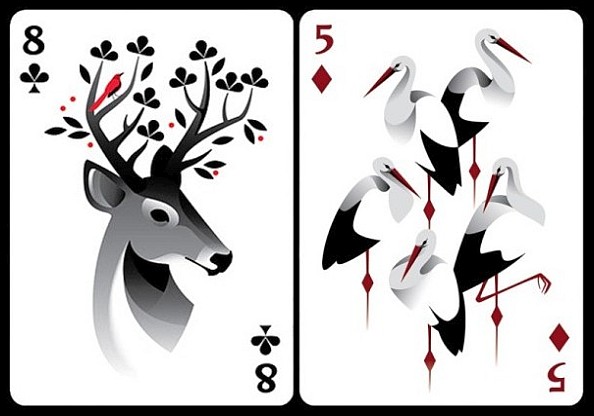 The artwork of the face cards combines well with the design of the card backs. 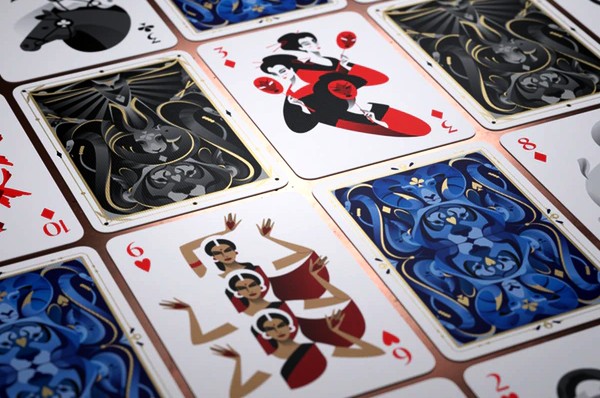 The number cards are my favourites in this deck, because with these the artist's skill and imagination really brings to life the different cultures depicted by each suit, cleverly incorporating the pips in the artwork in all sorts of interesting ways. 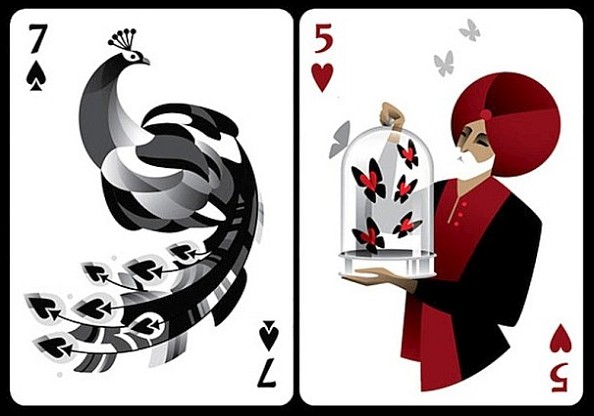 In some instances the pips are more obviously included in the images. 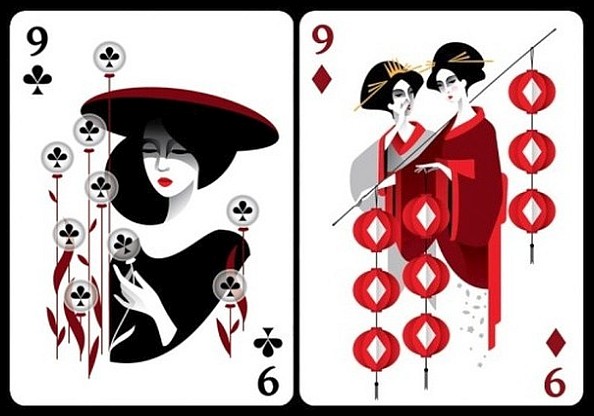 In other instances the designs are more subtle and clever. 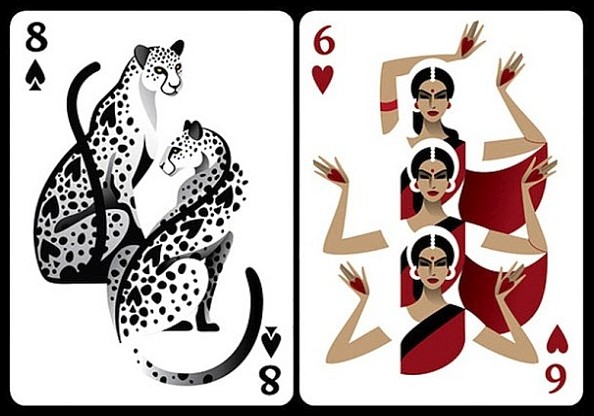 The deck is being printed by United States Playing Card Company, the well known manufacturer of the quality Bicycle brand. So you can expect a high quality product, that looks great and handles well. 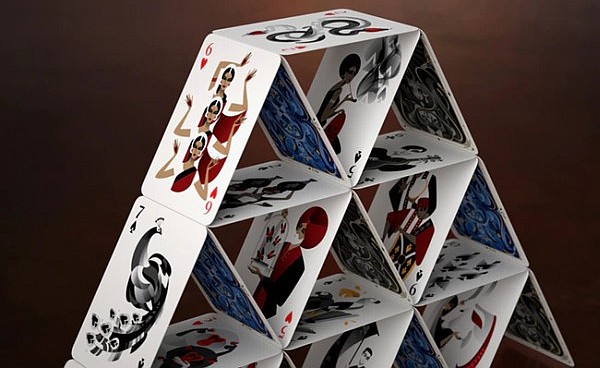 Will Roya has used crowdfunding to produce multiple decks under his PlayingCardDecks label, and he is an experienced and respected creator on Kickstarter. He has a proven track record in fulfilling his previous decks, so there is good reason for confidence that everything will go smoothly with this project.

Judging by the prototype I have, this wonderful transformation deck is only going to get better in these two lovely USPCC-printed editions. It's a true work of art, and I'm delighted to see that people around the world are getting the opportunity to support it and own a copy for themselves. 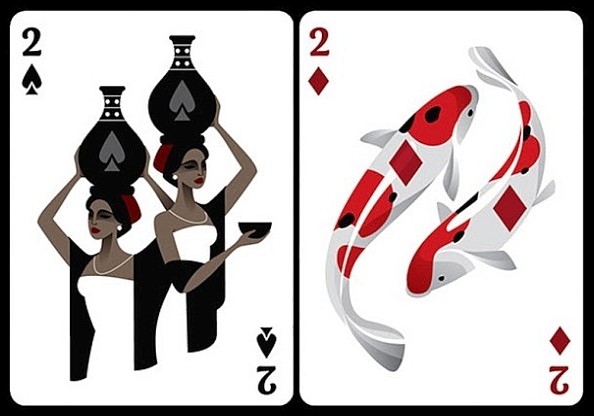